Our Sunday Bulletin 27X2019
Dear Parishioners,
​
As I mentioned last week, we are going to install stained glass windows.  All because we have received a generous donation specifically towards the stained windows in memory of Fr. Taylor who, as we know, started the St. Dominic’s community, built the church and was the first parish priest.
I would like to tell you a little bit more……
The person who restored and installed the stained glass at St. Patricks, Alvaro Riscanevo, stayed at St. Dominic’s while the job was in progress at St. Patrick’s. This was earlier this year.  One evening, we were chatting about possibilities, chances and ideas of having stained glass at St. Dominic’s.  That evening after 11 pm Alvaro and I went to the church to continue the discussion.  I treated the whole chat as a long term dream to be fulfilled, because we have our bills to pay such as the mortgage.  And I said to Alvaro that I would contact him when the mortgage has been paid.   Sometime later, I was approached by a couple about the donation towards the stained glass windows at St. Dominic’s and they did not know about my conversation with Alvaro.  That was not a coincidence!  I was shocked!  But I felt that I had to act on this.  I asked our Bishop and he said to proceed. I informed Robert Kirby, the Diocesan Finance Chairman and our St. Dominic’s finance committee led by Philip McKeever.  So, the story started.
Afterwards I met with Sarah and Jimmy Clarke, Heath Hazell, Mark Smith and Bernadette Lewis and we started the planning process.  We had to decide on the theme.  I felt strongly that the windows should have a story and speak to us just by their presence.  One night I awoke and the theme was in front of me.  “The life of a Christian”.
What is the life of a Christian?  It’s about, Our Lady, the Sacraments, our decisions, prayer, the bible, community and collaboration and the saints who teach us and show us how to fulfil our Christian obligations.  Based on this, we are going to have 16 themes.  They start with the Annunciation, Baptism of Jesus, Eucharist, Decisions (Jesus and a young man asking him what he must to do inherit eternal life), Pentecost, Marriage, Bible, Prayer, Ring of Hands representing stewardship, collaboration and the varieties of culture that build our St. Dominic’s community.  St. Martin de Porres, St. Dominic with a rosary, St. Vincent Pallotti reminding us of the importance of the laity in our church, Padre Pio, teaching us about confession and forgiveness, Mother Theresa of Calcutta, St. John Paul 11 and St. Faustina the secretary of Divine Mercy.  The story will be told from left to right. It will appear as though we are coming from nowhere in the universe to Jesus portrayed in the Divine Mercy Icon (St. Faustina will be in the window above the Divine Mercy Icon).
Sarah and Jimmy Clarke helped with the details of the designs.  The stained glass will change the atmosphere of the church, I believe for the better and I believe that the beauty will attract many more people to our church and remind them of the beauty of the catholic faith.
Below you will see a few pictures of the stained glass windows.
Fr. Andy – Parish Priest

​Pope Francis presides over the canonizations of Cardinal John Henry Newman, Sister Marian Thresia, Sister Giuseppina Vannini, Sister Dulce Lopes Pontes, and Marguerite Bays. In his homily, the Pope reflects on the Gospel account of the lepers, and on the verbs “to cry out, to walk, to give thanks”.  (www.vaticannews.va ) 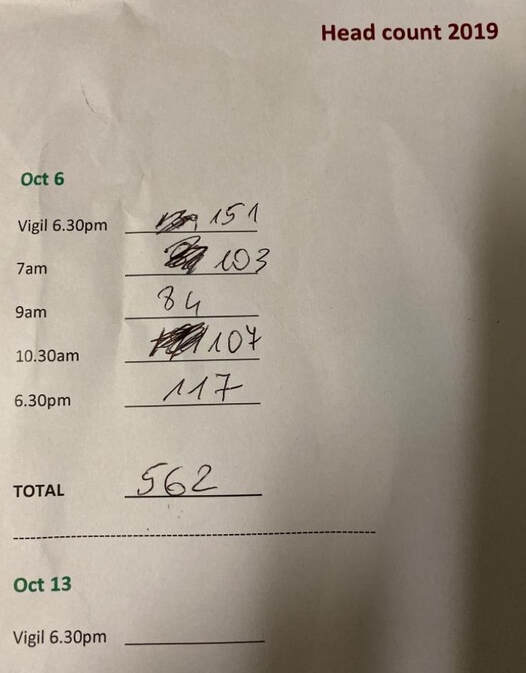 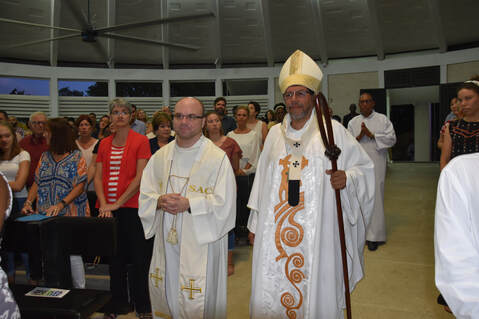 published a new Apostolic Letter, "Aperuit Illis." The letter establishes that the Third Sunday in Ordinary Time is to be devoted to the celebration, study and dissemination of the Word of God.
​ 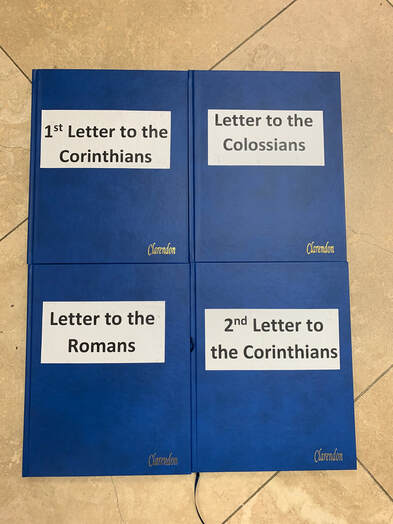 NOTICES FROM THE DIOCESE Appointments
His Grace Archbishop Charles Jason Gordon has made the following appointments:

Fr. Andrew Rosiak will be Priest-in-charge of Our Lady of Sorrows from
Sunday 15th September. He is also the chaplain to our schools, St. Patrick,
St. Angela, St. Ursula, and St. Francis. He will continue to co-pastor St.
Patrick’s Cathedral.

Deacon Francis Onwukwe will be the visitor to the Queen Elizabeth
Hospital and other hospitals in St. Michael. He will refer sacramental
ministry to Fr. Vibert Stephens.

Fr. Vibert Stephens will be the priest to administer the Sacrament of the
anointing of the sick in the hospitals.

Deacon Michael Gonsalves is the Ecumenical Minister. He will represent
the Diocese at Barbados Christian Council meetings and engage in other
ecumenical programs.

Fr. Andy Nyga is the chaplain to Ross University.
​
These appointments are in effect until the appointment of a new
Diocesan Bishop.

Special Assembly of the Synod of Bishops for the Pan-Amazon Region - 6 to 27 October Amazonia: New Paths for the Church and for an Integral Ecology​ 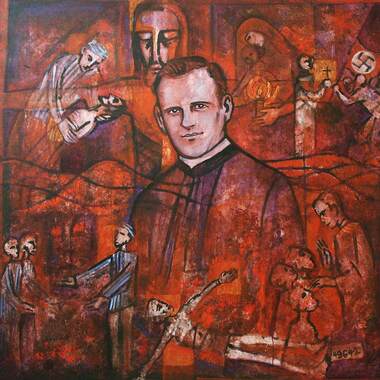 Fr. Richard Henkes, S.A.C., who died in the Dachau Concentration Camp during World War II, will be beatified on September 15th in Limburg, Germany. Fr. Henkes was a member of the German province of the Society of Catholic Apostolate (Pallottines) and was a vocal critic of the Nazi regime. Due to this, Fr. Henkes was arrested in April 1943 and was sent to Dachau three months later. He cared for and ministered to the sick people of the Dachau, particularly the Czech people who were imprisoned there. After over a year in the concentration camp, he contracted a disease that would ultimately take his life in February 1945. He was declared by Pope Francis in December of 2018 to have died "in hatred of the faith" and declared a matryr. This allowed his cause of canonization to move forward.

The Catholic Apostolate Center, working with Pallottines internationally, now offers a resource page devoted to the life of Fr. Richard Henkes, S.A.C. It also provides more information on his cause for canonization. A book on Fr. Henkes's life is forthcoming which will be available in both eBook and hard-copy. Please pray for the Pallottine Fathers and Brothers around the world on September 15th, as well as for the canonization of Fr. Henkes.

This week we pray for all Catechists and their continued formation.